Using bright-field microscopy we could visualize adherence of USA to the host cell surface Fig 7C. In the invasion studies adherent USA cells were lysed with lysostaphine. We could, therefore, not detect them in the bright-field microscopy but only by fluorescence microscopy Fig 7D. We assume that the xylose-inducible expression of the lpl genes was instable over the 5-day infection period.

Additionally, we observed a slight growth defect in TSB with clones containing the high-copy plasmid pTX Data were analyzed using Mann-Whitney test. For the genetic maintenance of the tandem lpl gene cluster it is currently believed that the highly conserved intragenic region flanked by the variable regions of the lpl genes is responsible for gene shuffling, tandem duplications and diversification [ 7 ].

We chose S. However, the genetic basis for the high transmissibility and hypervirulence of the CC8 strains, and USA in particular, is unknown. After some difficulties we managed to construct a marker-less deletion mutant of the 10 kb lpl cluster. It is well known that lipoproteins and lipopeptides are recognized by TLR2 [ 20 , 21 ] which can form heterodimers with TLR1 or TLR6 to trigger intracellular signaling by triacylated and diacylated lipopeptides, respectively [ 22 — 25 ].

In Staphylococcus lipoproteins do not only contribute to ion uptake and pathogenicity, they also represent the predominant immune stimulators [ 1 , 6 , 26 — 28 ]. Therefore, we first addressed whether and to which extent the lpl gene cluster contributes to innate immune stimulation. Theoretically, one would expect only a minor effect on induction of pro-inflammatory cytokine expression in Mono Mac 6 cells. These results show that despite the presence of other lipoproteins Lpl proteins have an unexpectedly high impact on innate immune stimulation.

Notably, heterologous expression of pTX Of note, in S. However, the non-pathogenic S. Interestingly, we also observed a comparable difference in stimulation with the synthetic lipopeptides: Since in S.


Although SA lgt pTX The most likely explanation is release of other PAMPs as a stress-response due to the lgt mutation. In this mutant all pro-lipoproteins are unlipidated but they are still transiently anchored in the cytoplasmic membrane by the unprocessed signal peptide. Taking into consideration that in SA lgt pTX Membrane jamming has frequently been observed when proteins were overexpressed and not correctly targeted. The other thrilling but unlikely possibility would have been that unlipidated Lpls caused immune stimulation. To clarify the situation we purified his-tagged Lpl1, as a Lpl representative lipoprotein, with and without its lipid part by expressing it with and without its lipo signal sequence Fig 1E in S.

Although applied in high concentration, the unlipidated protein Lpl1 showed no immune stimulating activity, suggesting that the increased immune stimulating activity in SA lgt pTX Lastly, Lpl-mediated invasive activity might facilitate uptake and cytosolic sensing of these bacterial compounds. The enhanced innate immune stimulation exerted by the lpl gene cluster in USA is not really beneficial in regards to virulence; on the contrary, these strains are better recognized by the innate immune system. It turned out that the most beneficial function of the Lpl was increased invasiveness.

The ability of S. It is now widely accepted that S. Furthermore, a role of the extracellular adherence protein Eap was described in internalization into fibroblasts or epithelial cells; the receptor is unknown to date [ 42 ]. Recently, the major autolysin of S. A very important confirmation of the invasive activity of the Lpls was the finding that the non-pathogenic and non-invasive S. Although the frequency of invasion of S. Furthermore, we do not know whether Atl plays a role in S. Therefore, the invasive activity seen in S. In our studies we frequently used human keratinocytes because they represent the immune sentinels in the skin and as such they provide a first line of defense against microbial pathogens.

They express almost all TLRs, which is crucial for promoting skin immune responses to adherent bacteria. Activation of these receptors on human keratinocytes leads to a predominant TH1-type immune response and to the production of type I interferons IFNs [ 46 ]. Increased invasive activity is an important advantage for persistence. In our opinion, this overrules the disadvantage of enhanced innate immune stimulation. It is well known that if a pathogen invades new tissues the host responds by eliciting immune responses in an effort to eliminate infection. Internalization into non-professional antigen-presenting cells such as keratinocytes [ 46 ] most likely protects S.

However, at first sight these images revealed no apparent differences in the morphology S7 Fig. This was not unexpected because the mutant expresses 50 other lipoproteins. Recently, it has been shown that S. Whether the lpl gene cluster is involved in this process is currently unknown.

However, the ability of S. After invasion there are several options: What distinguishes an epidemic and disseminating strain from other strains is an important question. Not many cases are known where epidemic outbreaks could be traced to certain genes. One recent example is the Escherichia coli O H4 strain that caused the large German outbreak in This strain acquired genes from an entero-aggregative E.

In Listeria monocytogenes the interaction between the bacterial surface molecules, the internalins InlA and InlB, and their cellular receptors E-cadherin and the Hepatocyte Growth Factor Receptor Met , respectively, triggers the recruitment of endocytic effectors, the subversion of the phosphoinositide metabolism, and the remodeling of the actin cytoskeleton that leads to bacterial engulfment [ 51 ].

In this pathogen the internalins are the basic virulence factors because they are a prerequisite for spreading and dissemination. It is, however, completely unknown how the Lpl proteins trigger invasion.

Firstly, the lpl gene cluster enhances the innate immune signaling suggesting that the lipoproteins carry the lipid moiety, which has been confirmed by testing purified lipidated and unlipidated Lpl1 lipoprotein in vitro. On the one hand, increased activation of the innate immune system is not really beneficial for a pathogen because it activates bacterial immune defense.

On the other hand, however, it is highly beneficial for a first-class pathogen to acquire an enhanced ability to invade host cells, which may facilitate spreading in the host. This is illustrated by the enhanced bacterial burden in a murine kidney abscess model. The increased ability to invade host cells could further be responsible for the high disseminative activity of some S. Investigation of the exact mechanism of host cell invasion is one of the expedient next steps. We postulate that the lpl gene cluster will have clinical, diagnostic, epidemiologic and evolutionary implications.

Bacterial strains and plasmids used in this study are listed in S1 Table. The deletion of entire lpl cluster in S. The basis for the construction of the knock-out plasmid was temperature-sensitive E. In between the up- and downstream region the 1. The 1 kb upstream and downstream regions were amplified by PCR from the genome of S. The deletion of tandem lipoprotein cluster from genome was achieved by homologous recombination described previously [ 52 ]. This clone was transformed with thermo-sensitive replicon pRAB1 which encodes the cre -recombinase gene to remove the erm B cassette [ 53 ].

Plasmid pTX Into pTX30 the entire lpl gene cluster 10, bp was inserted stepwise. The amplified fragments and plasmid pTXmch-cw were cut by using the same digestion enzymes and subsequently ligated together. The ligation products were transformed first into S. Plasmid pCX The ligation products were first transformed into S. We constructed two different lipoproteins Lpl1-his with and without signal sequence. This plasmid was transformed into S. Lpl1-his was isolated from the membrane fraction of S. Membrane protein extraction and purification were followed according to a previous study [ 27 ] with a small modification.

One volume of Ni-NTA beads were washed twice with five volumes of extraction buffer Tris buffer containing 0. The purified lipoprotein Lpl1-his stock used for stimulation of cytokine production was tested for endotoxin contamination as 0. Positive reaction is usually due to LPS contamination but might also arise from lipoprotein content. USA was cultivated aerobically in B-medium and cells were harvested after 4, 8 and 14 h. The membrane fraction was isolated as described above and membrane proteins were precipitated using chloroform and methanol method [ 57 ].

Cells were stimulated in well plates for 24 hours with bacteria MOI With S. Therefore, we used frequently transcript analysis as has been carried out previously [ 60 ]. Primary keratinocytes were isolated from human foreskin after routine circumcision. 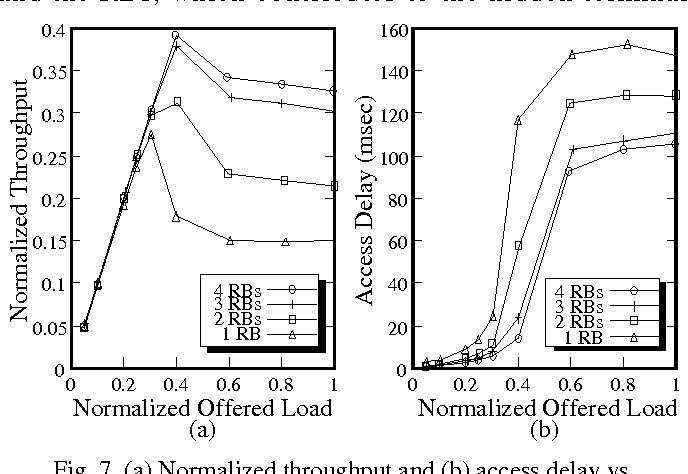